WhatsApp Ed Hoagland, 82, has two books coming out this year.

Ready to fight back? Sign up for Take Action Now and get three actions in your inbox every week. You can read our Privacy Policy here.

Thank you for signing up. For more from The Nation, check out our latest issue. Support Progressive Journalism The Nation is reader supported: Travel With The Nation Be the first to hear about Nation Travels destinations, and explore the world with kindred spirits. Sign up for our Wine Club today.

Did you know you can support The Nation by drinking wine?

The country is riven and ailing, with a guns-plus-butter nuttiness in some of its governing echelons and the sort of lapsed logic implicit in the collapse of trust in money-center capitalism, which has been an undergirding theory of a good deal of the work that many people do.

But that was on foreign soil, and we believed that we had pulled our punches and beaten ourselves, and so remained triumphalist for the remainder of the twentieth century, as we had been practically since Reconstruction.

For the first time since the War of we have been damaged in continental America by foreigners, having made other people hate us, though we had never needed to pay attention to such matters before.

Proxies could fight the malcontents for us in places like Central America, and the Japanese and Germans, would-be conquerors, had not felt much real animus, becoming close, amicable allies after the war. Our first World War II hero, Colin Kelly, three days after Pearl Harbor, flew his B bomber as media myth had it in kamikaze fashion to hit a Japanese cruiser, before the Japanese made a practice of it.

Obese individually and as a nation, and trying to stall the aging process, we talk instead of cars and taxes, sports and movies, cancer and entitlements, but with a half-unmentioned inkling too of what more ominously may be in store—a premonition that our righteous confidence might have served us just a bit too well.

We never agonized a lot about killing off the Indians, or our slaving history either, once that was over, or being the only nuclear power ever to incinerate multitudes of people.

Settling the seaboard in official belts of piety, whether Puritan, Anglican, Quaker or Dutch Reformed only the frontier tended to be atheisticwe seized land and water with abandon, joined by Catholics, Lutherans, Methodists and what have you, westward ho. 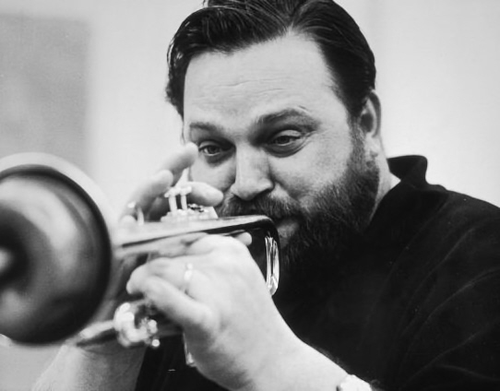 Each group encouraged its rich men to creep like a camel through the eye of the needle, and political freedoms were gradually canted away from the pure ballot box toward influence-buying. We seem to need some kind of condom invented just for greed—a latex sac where spasms of that particular vice can be ejaculated, captured and contained.

Nor will Monopoly games do the trick, any more than pornographic videos erase impulses that might result in harm. The droughts and water wars, a polar meltdown and pelagic crisis—too much saltwater and insufficient fresh.

We need a surge of altruism, artesian decency. The oddity of greed nowadays is that it is so often solo—in the service of one ego—not ducal or kingly, as the apparatus of an unjust state.

Overweening possession, such as McMansions and so on, will be loony in the century we are entering upon—ecologically, economically, morally, commonsensically. But how will we realize this, short of disastrous procrastination?

Hurricanes and centrifugal violence on the home front, not to mention angry Arabs flying into the World Trade Center?

These camel-herding primitives whom we had manipulated, fleeced, romanticized and patronized for generations, while pumping out their oil and bottling them up in monarchies and emirates that we cultivated and maintained, while jeering at them with casual racism in the meantime, when we thought of it, for not having democracies like ours.

The Vietcong were as culturally different from the Palestinians as we are and yet succeeded in winning a country for themselves, at a tremendous but bearable cost, which the Palestinians will also undoubtedly do.

Self-sacrifice can be a match for weaponry, not because the Americans or Israelis value Asian or Arab life—at key junctures and for essentially racist reasons they have not—but because of the value they place on their own citizenry.

So we let them have their land, and the domino calamities that had been famously predicted did not result. Mostly, in fact, we prefer to forget that we had a revolutionary past and kicked thousands of wealthy Tories into Canada, seizing their property.

We were slow to condemn apartheid in South Africa, having scarcely finished abolishing our own at the time, and have been slow in general to support self-governance in the warmer climates or to acknowledge suffering among people whose skins are beiger than ours. We are a bootstrap country, after all.

They should pay us heed. But primitive notions like those of Ed Koch invite a primitive response. And box-cutters in the hands of Taliban fundamentalists are not our main problem. We have also denatured our own nominal religions: Our real problem, I think, is a centrifugal disorientation and disbelief.Hoagland's singular blending of urban and natural observation ranks him among the best American essayists on any topic.

Hoagland, widely celebrated as a travel writer, essayist and environmentalist, serves up a retrospective of his short fiction. He hasn't published many stories in his 81 years, but Hoagland .